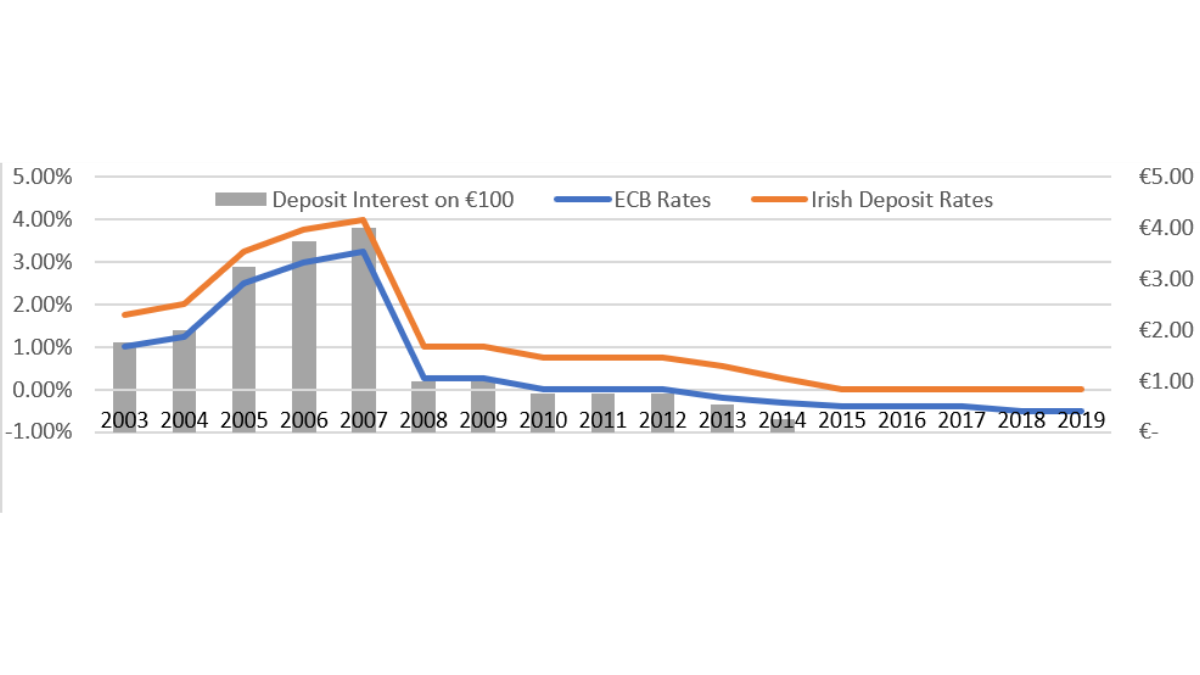 You should have noticed that over the last decade or so, the amount of interest you receive from banks and credit unions for keeping cash with them is now zero. It does not seem THAT long ago that deposit rates of 4% or even 5% were freely available. Unfortunately, as the graph below shows, deposit rates have been gradually declining to the point where they are now zero and a high possibility of going negative in the near future.

So why are the banks going to charge us?

So generally speaking, we borrow and hold money with our national banks, no need to mention who they are! For argument’s sake let’s call them the “little banks”. Now, the little banks also need to borrow and hold their cash somewhere, so they use a “Big Bank”. In the case of the Eurozone, this is the European Central Bank or the “ECB”. The Big Bank (ECB) decides what rates to charge the Little Banks for these services. These rates then get passed onto us from the little banks.

So why and how does the ECB decide what rates to charge the little banks?

So the first point to make is that the ECB is not a normal bank. The ECB does not necessarily want to make a profit. Its mission is to be a source of stability to the Little Banks and Eurozone economy. As a rule of thumb, the ECB will reduce interest rates when they want to help the economy and raise interest rates when they want to prevent the economy from overheating. The theory behind this is simple, low rates mean loans to consumers and businesses are cheaper, meaning businesses are more likely to expand, hire more people, generating more wealth, which is then spent on goods and services in the economy. It’s a ripple effect.

Ok, but why are they so low?

Due to the severe impact of the 2008 financial crisis the ECB set rates at record low levels to try and spur economic activity in the Eurozone. The ECB quickly reduced rates to record low levels of 0% before in June 2014 bringing rates into negative territory. They have gradually reduced further & now stand at a negative 0.5%. This means the big bank charges the little banks 50c for every €100 held with it. Although these charges have not been passed onto Irish Customer YET, this now looks set to change. Some banks have announced recently they are going to start charging 0.6% on some institutional money. We think it is only a matter of time before negative deposit rates for retail clients are introduced.

Ok, so what does this mean for my money?

In short, it is bad news for the money you hold in cash. Not only might the value of your cash be eroded by the negative interest rates but there is also the issue of rising inflation on the horizon. With all the COVID-19 government stimulus cash starting to flow through the financial system post it forecast that inflation will start to rise soon.

So what are my options?

We strongly advise you find your local financial advisor on trustedadvisor.ie and get a solid financial plan in place. The financial decisions you make now are too important not to seek professional advice. Bad decisions made now can have a big impact on the value of your savings or pension later in your life.

Generally speaking, a financial advisor will recommend keeping an emergency fund of 3 months net salary to cover any unforeseen emergency expenses. Next step is to reduce any high-interest debt and keep any bigger capital expenditure you have planned in cash too (cars, home improvements, weddings etc). After all, this is taken care you should strongly consider an investment strategy to protect and grow the value of your hard-earned money! 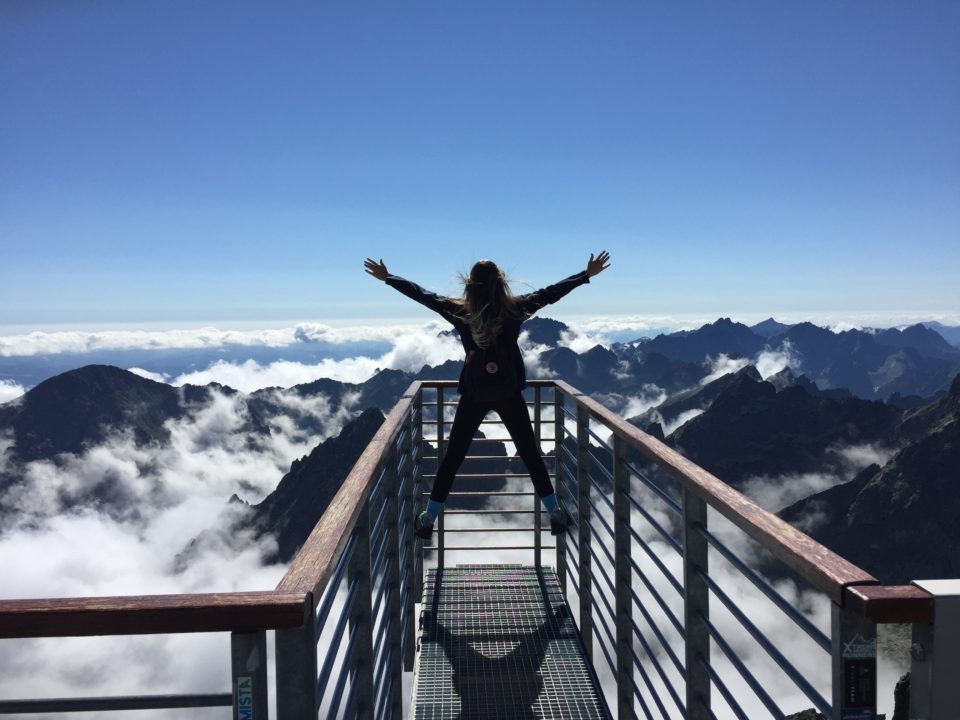